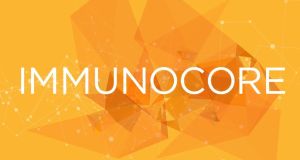 Immunocore has hired investment banks Goldman Sachs, JP Morgan and Jefferies to manage the planned IPO ahead of a listing in the Nasdaq in New York

Immunocore, a UK biotech company in which Dublin-listed Irish life sciences investment company Malin has a 7.4 per cent stake, has filed to raise $100 million (€82.75 million) in an initial public offering (IPO).

The company, whose most advanced pipeline product is an eye cancer therapy currently in late clinical trials, has hired investment banks Goldman Sachs, JP Morgan and Jefferies to manage the planned IPO ahead of a listing in the Nasdaq in New York, according to a filing with the Securities and Exchange Commission late on Friday.

An IPO of Immunocore – one of the Malin’s four key investments – would provide the Irish company with a potential market to sell shares in the company in time, as it continues with its strategy of returning cash to shareholders over the coming years. The fundraising will dilute Malin’s percentage stake.

Last Monday, Malin hit a major milestone when it announced that one of the other main companies in which it is invested, Kymab, is to be sold to French drugs giant Sanofi in a deal worth up to $1.45 billion (€1.2 billion).

It will result in a $112 million initial payment for Malin’s stake of about 10 per cent, with up to $33 million to follow if Kymab, whose most advanced pipeline product is a potentially lucrative treatment for eczema, meets certain milestones.

Malin raised more than €400 million between its own IPO in 2015 and a number of subsequent stock market placings. The Kymab stake sale will provide it with the first major opportunity to start returning money to investors.

Another focus investment, Poseida, floated in New York last July, opening up an avenue for a future stock market placement of Malin’s 15 per cent stake. However, Poseida’s share price has slumped 46 per cent, pushing the value of Malin’s interest down to $80 million.