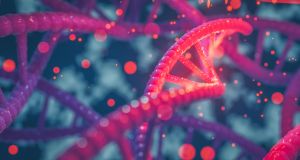 On Monday, Malin announced that one of the key companies in which it is invested, Kymab, is to be sold to French drugs giant Sanofi in a deal worth up to $1.45 billion (€1.2bn). Image: iStock

Almost six years after Malin Corp raised €330 million through an initial public offering (IPO) on the back of the reputation of its founders, a group of former Elan executives, the Dublin-listed life sciences investment firm is finally beginning to deliver.

On Monday, Malin announced that one of the key companies in which it is invested, Kymab, is to be sold to French drugs giant Sanofi in a deal worth up to $1.45 billion (€1.2 billion). It will result in a $112 million initial payment for Malin’s stake of about 10 per cent, with up to $33 million to follow if Kymab, whose most advanced pipeline product is a potentially lucrative treatment for eczema, meets certain milestones.

As one of the largest shareholders in UK-based Kymab, Malin had a big say in the decision to sell at this stage. The lead product had delivered some pretty promising results in phase 2a clinical trials (there are three main phases of trials that potential medical treatments or vaccines must go through) but it could be a further five years before the therapy makes it to market.

The choice was between holding on longer for greater potential upside, or cashing in now. Malin, led by chief executive Darragh Lyons since September 2019, knows that its long-suffering investors – including the State’s Ireland Strategic Investment Fund, which owns almost 11 per cent – are tired of its “jam tomorrow” strategy. The Kymab deal is a start.

It will allow Malin to pay off €45 million of debt and start making initial cash returns to shareholders in the second half of this year.

“It is worth noting that the up-front [payment] alone represents a four-fold return on Malin’s cumulative investment in Kymab, an excellent result,” said Alistair Campbell, an analyst with London-based brokerage Liberum, noting that the payment equates to €2 a share – or half the price at which the stock was changing hands before the deal was announced.

Shares in Malin have since surged as much as 20 per cent to €5. Still, this is only half of the IPO price of March 2015. And it’s well off the €8.80 price target Campbell has on the stock and Davy’s €8.50 fair value estimate. Could the Kymab sale be the catalyst?

Malin was set up by Elan’s former chief executive Kelly Martin and its one-time general counsel John Given, who were basking in the glory of executing the Irish pharma group’s sale to US peer Perrigo for $8.6 billion in late 2013. The pitch was simple: to invest in a small portfolio of promising companies and keep its own costs down to a minimum.

All was going well for the first 15 months after the IPO, as shareholders enjoyed a 50 per cent jump in the share price. But the wheels began to come off as the company lost its focus to invest in a ragbag of start-ups in various fields of the life sciences, its head office costs soared, and Given, who was said to be concerned about the company’s deviation from strategy, quit suddenly as chairman at the end of 2016.

A strategic review completed in late 2018 after a management and boardroom overhaul saw Malin refocus its disparate portfolio around four priority assets: Poseida Therapeutics, whose main pipeline product is a treatment for bone marrow cancer; Immunocore, which is developing an eye cancer therapy; Kymab; and Viamet, which focuses on antifungal products. Annual operating expenses have been cut from a peak of €16 million to less than €4 million.

Malin’s shareholder base has also thrown up problems in recent years. The company’s biggest original backer, UK asset manager Woodford Investment Management, went into meltdown in 2019, forcing a sale of its 23 per cent holding that September. US hedge fund Pentwater Capital snapped up the stake on the cheap at an estimated average price of below €3.50 a share, increasing its interest to 26 per cent.

From the outset of the new approach, Poseida was held up as the great hope. And indeed Poseida’s own IPO last July did open up an avenue for a future stock market placement of Malin’s 15 per cent stake, valued at the time at almost $150 million.

Since then, however, Poseida’s share price has slumped 46 per cent, with an initial sell-off attributed to news last August that a safety trial for one of its early-stage pipeline products, a prostate cancer drug, had been halted following the death of a patient who had failed to turn up at check-up appointments following treatment.

The US Food and Drug Administration allowed the trial to resume in November, with tighter rules surrounding patient compliance.

The hope among investors is that positive updates on Poseida’s pipeline bone marrow cancer therapy later this year could pave the way for a profitable exit for Malin.

Meanwhile, some of Malin’s second-tier investments – including its 65 per cent-owned Irish injectable drugs company Altan, and Texas-based disinfection services business Xenex, in which it has an 11 per cent interest – were standouts last year as their sales soared. These are also ripe for trade sales, according to analysts.

But as Malin begins to cash in its investments, it faces big existential questions. Is the ultimate goal just to wind down the portfolio, or will Lyons and the board start looking out for fresh investments as cash comes in?