Irish data cruncher has no good news on cancer 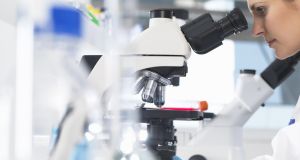 It seems a long time ago now that we were having weekly discussions about ever growing numbers of patients languishing on trollies in hospital corridors and A&E units. Now, the concern is at the other end of the spectrum: formerly crowded hospital wards lie vacant – waiting for a surge in coronavirus cases that has yet, thankfully, to materialise.

The Irish Cancer Society and private medical consultants have been among those expressing concern that people may be putting their lives at risk because of a reluctance to seek medical help if they notice symptoms of potentially fatal conditions such as cancer.

The fear is that some are downplaying their symptoms, not wanting to trouble overworked frontline healthcare staff; others may fear coming into contact with the Covid-19 virus.

Figures have now emerged from an Irish company that specialises in analysing pharmaceutical data that appear to show there are grounds for such concerns.

Diaceutics runs an oncology tracker in the United States that keeps tabs on the number of patients diagnosed with cancer.

The figures for March show that the number of people diagnosed with lung cancer fell 31 per cent in just one month. Colorectal cancer and acute myeloid leukaemia diagnoses are down 14 per cent while there were 8.5 per cent fewer diagnoses of breast and ovarian cancers.

“The reality of the situation is that fewer people are going for regular screening, or attending medical appointments to get symptoms checked out,” said Diaceutics Jordan Clark, adding that social distancing rules mean labs are also struggling to process tests that are taken.

And while these are US figures, he is in no doubt that the nature of a pandemic means the same trends will be evident in Ireland and elsewhere and that things will get worse before they get better.