Vanguard and Buxton’s Merian outfit setting up in Dublin 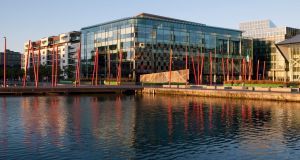 Both groups have received approval from the Irish financial regulator to set up management companies in Dublin.

The moves highlight the frustration international investment managers are feeling with the lack of clarity over the UK’s departure from the EU and impact it will have on their businesses. Vanguard, which manages $5.3 trillion globally, will keep its European headquarters in London.

Dublin has emerged as a big winner from asset managers making sure they will still be able to service EU clients after Britain leaves the bloc. Legal & General Investment Management, State Street Global Advisors and Standard Life Aberdeen have also chosen Ireland for their European hubs outside the UK.

Vanguard’s new office will open in early 2019 and be staffed by up to 10 people, filling compliance and administrative roles. The operation will be led by Richard Wane, who is relocating from Singapore, where he ran Vanguard’s local team. Vanguard already uses Ireland as a domicile for many of its funds, including exchange traded funds. These products collectively manage $115.4 billion (€100 billion). Its UK range of products manages $60 billion.

“Clearly, in the present environment, there will be speculation relating to Brexit,” said Sean Hagerty, head of Europe at Vanguard. “The opening of our Irish office is something we have been considering for a number of years, and should be understood as part of our wider, long-term commitment to lowering the cost and complexity of investing across continental Europe and the UK.”

The US manager, which specialises in low-cost index funds and is fast catching up on its rival BlackRock in assets under management, has doubled its UK staff in two years to 514 and recently leased a new floor in its London headquarters.It opened an office in Frankfurt last year and has small operations in Paris, Zurich and Amsterdam. – Copyright The Financial Times Limited 2018