Lenders were told to exam their mortgage books for overcharging – what happened next? 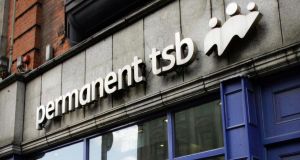 The Central Bank’s final report on the tracker mortgage fiasco showed that the number of impacted customers grew by 300 cases in the first five months of the year, bringing the total numbers affected to 40,100. Lenders have paid out €683 million in refunds and compensation to date for 98 per cent of affected accounts.

The number of borrowers affected has surged by 20,000 in less than two years, as regulators pressed banks to include additional groups of customers.

The Central Bank ordered the industry in late 2015 to look at its mortgage books for cases of overcharging. Where do the banks now stand?

AIB, which became the Republic’s largest mortgage lender eight years ago when it was forced by the government to take over EBS, was the driver behind the increase this year, with the number of tracker cases on its books rising by 246 to 12,180, according to a company spokesman.

The bank said its final payments are “almost complete” and that it will “continue to deal with any complaints or appeals if they arise”.

Included in the figures are 6,000 customers to whom the bank has offered only €1,615 for a “service failure” in late 2017. While AIB has admitted it denied this group the option of moving to a cheap mortgage tracking the European Central Bank’s (ECB) main rate more than a decade ago, it has consistently argued that the prevailing tracker rate at the time would have been 7.9 per cent.

The bank, headed since early March by chief executive Colin Hunt, warned that it faces additional costs relating to the tracker issue, having set aside €265 million to cover refunds, compensation and other costs.

Bank of Ireland was first known to have tracker portfolio problems in 2010 when it was forced to put 5,100 customers who were on the wrong rate on to the correct one. It has acknowledged that about 9,730 of its customers were impacted by the review that has been taking place since late 2015.

The figure marks an increase of 30 cases since December. Of the 9,730 accounts, 6,220 were wrongly denied their right to a tracker mortgage, while 3,110 were put on the wrong rate. On average, these customers were being charged a rate that was 0.15 of a percentage point above what they should have been paying.

A spokesman for the bank said that €149 million in redress and compensation has been offered to 99.6 per cent of customer who were deemed to have been impacted.

Permanent TSB (PTSB), once the State’s largest mortgage lender, was the first to come under public scrutiny on the tracker-mortgage issue when it disclosed in July 2015 that almost 1,400 customers had been overcharged.

The bank’s total figure had risen to 2,007 by May, when the Central Bank concluded an enforcement investigation. That resulted in a record fine of €21 million. The State’s other five surviving mortgage lenders, including AIB’s EBS unit, remain the subject of similar investigations.

Ulster Bank, which required a £15 billion (€16.6 billion) bailout from its UK parent, Royal Bank of Scotland during the financial crisis, has admitted to a number of overcharging incidents involving household and business borrowers in recent years.

The bank has set aside €500 million to cover the costs of the various episodes since 2015, including €300 million for the tracker mortgage scandal, which impacted about 5,500 customer accounts.

While Ulster Bank had trailed the rest of the industry in making refunds and compensation payments, due to issues with its IT systems, it completed payments to affected borrowers at the end of April, with the exception of former customers that it cannot locate.

Belgian-owned KBC Bank Ireland revealed in February that it had identified an additional 661 impacted customers in the second half of last year, bringing its total to 3,737 cases. That figure has now risen by another 32 cases to 3,769.

The bank said at the time that the latest cases comprised borrowers who were being compensated for a brief period about a decade ago when they were on fixed-rate mortgages when they would have benefitted more from being on cheaper ECB-tracker rates.

While the five main banking groups in the Republic account for about 98 per cent of all tracker cases, former mortgage lenders operating during the boom years have also identified hundreds of overcharged victims as part of the Central Bank examination.

Bank of Scotland, which first introduced tracker mortgages to the Republic in 2001, is understood to have identified close to 500 accounts impacted by the industry-wide scandal. Danske Bank, which entered the State in 2005 before quitting retail banking in 2013, said earlier this year it had acknowledged 115 such cases.

Irish Bank Resolution Corporation (IBRC), the run-down vehicle for Anglo Irish Bank and Irish Nationwide Building Society (INBS) that was put into liquidation in 2013, identified 16 former INBS customers as having being impacted by the tracker debacle in recent years. The latest liquidation update for IBRC said that 13 of those, who are essentially unsecured creditors of the bank, had received redress and compensation by March, while the remaining three were uncontactable.

PTSB’s former subprime lending unit Springboard, was found in 2015 to have overcharged 222 tracker customers, resulting in a €4.5 million fine from the regulator.