One in six mortgage holders are switching providers 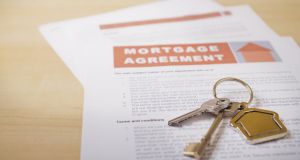 The percentage of mortgage holders prepared to switch providers in search of better value has doubled in the last three years, and is significantly higher than official figures from the Central Bank suggest, according to a report prepared by the banking sector.

The report from the Irish Banking & Payments Federation (IBPF) puts the rate of switching activity in the market at just over 15 per cent compared to a rate of little more than 1 per cent which has been put forward by the Central Bank.

The federation suggests that the manner in which the regulator calculates its switching rate misrepresents the level of activity and could be having a negative impact on consumers’ willingness to go in search of value.

The report points out that the Central Bank presents the level of mortgage-switching activity by outlining the number of mortgages being switched as a percentage of total outstanding private dwelling house (PDH) credit.

“This gives rise to a figure of less than 1 per cent for the current level of mortgage-switching activity,” the IBPF says. “Crucially, this does not allow for the fact that more than 40 per cent of the existing stock of outstanding mortgages are tracker mortgages with competitive rates, such that switching is not really an effective option.”

It suggest that a better way to establish the actual switching activity is to look at the number of re-mortgages (switches) as a percentage of all mortgages drawn down and not the total outstanding stock.

It looked at the number of re-mortgages (switches) drawn down as a percentage of all mortgages drawn down for the first quarter of the year over a several years.

After the crash activity collapsed and in 2012, the rate of switching based on the banking federation’s methodology was put at 4.7 per cent compared with 15.5 per cent in the first three months of this year.

The federation said the switching rates “indicates a positive trend: namely, a significant recovery – albeit from relatively low levels – in the level of switching towards the historically highest level that prevailed around 2008”.

It described switching is an important competitive dynamic in the marketplace and said the perceived level of switching activity “in itself could be said to be an influencing factor on the borrower’s decision on whether or not to switch”.

The higher the perceived level of switching, the more comfortable borrowers generally will likely be with the concept of switching.

By switching mortgage provider, many homeowners could save hundreds of euro a month. Someone on a 4.3 per cent standard variable rate for a €250,000 mortgage switched to the cheapest rate on the market for 20 years they could save about 250 a month or as much as €60,000 over the life of the loan.

Since the start of this year mortgage switching has been easier as a change in rules means mortgage lenders must be more upfront about the impact and benefits of switching. .

According to the most recent data available, 8,577 new mortgages, to the value of €1.88 billion were drawn down by borrowers during the first quarter, up 8.9 per cent compared to the same quarter a year earlier. The value of such drawdowns was up 10.6 per cent versus the first quarter of 2018.

“The mortgage market data which we compile show increasing levels of switching activity – albeit coming from historically low levels,” the new IBPF chef executive Brian Hayes said. “The range of offers available from various lenders, together with new Central Bank requirements to make the process easier, will likely make switching an option worth considering for a growing number of borrowers.”