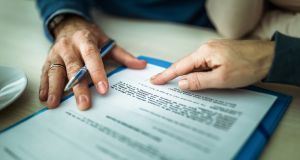 Approximately 2,800 SMES have applied for funding to date with some 800 applications sanctioned

The Strategic Banking Corporation of Ireland (SBCI) has warned that companies wishing to avail of long-term, low interest loans of up to €3 million under its future growth loan scheme, had better act quickly.

The scheme, which was launched in July 2019 and which has Bank of Ireland, AIB, Ulster Bank and KBC as partners, has seen strong take-up with the result that it is close to capacity.

The scheme offers loans with a maximum rate of 4.5 per cent for loans of up to €250,000, with 40 per cent of funding available for SMEs in the agri-food sector.

SBCI said both Bank of Ireland and AIB have now used up their allocated funds. The remaining commercial lenders involved still have capacity, although SBCI warned that KBC does not offer funding to the agriculture sector.

The scheme is intended for Irish SMEs and agri-businesses and aims to support strategic long-term investment in a post-Brexit environment.

Approximately 2,800 SMEs have applied for funding to date with some 800 applications sanctioned. This figure is expected to rise sharply as applications are processed in the coming weeks and months.

Under the scheme, Bank of Ireland had €110 million to lend to SMEs, with AIB having €90 million. Ulster Bank and KBC had €50 million apiece.

State-owned SBCI was established in 2015 in the wake of the banking crisis to offer loans to SMEs that are considerably cheaper than current market rates.

It operates a number of other schemes in partnership with financial providers, including a €300 million Brexit loan scheme.