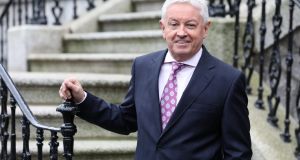 Finance Ireland, the State’s largest non-bank lender, is actively working on plans for a stock market flotation this year, The Irish Times has established.

The firm, led by Billy Kane and which had spent a brief period on the junior Dublin and London exchanges before the financial crash, is working with Goodbody Stockbrokers on its plans for an initial public offering (IPO), which are understood to be at an early stage and subject to market conditions.

“Goodbody are long-time advisers to Finance Ireland and with them we are constantly in contact with debt and equity markets as we plan the build-out of our business,” a spokesman for Finance Ireland.

US investment giant Pimco and the State’s Ireland Strategic Investment Fund each own 31 per cent of the company, having provided €85 million between them since 2015.

Finance Ireland’s loan book – including leasing finance to small and medium-sized enterprises (SMEs), motor finance, agri lending and a real-estate portfolio – topped the €1 billion mark in 2018 as new lending grew by 13 per cent to €491 million.

The company also launched its own home loans product last March, having entered this segment of the market at the end of 2018 with its purchase of a €200 million home loans book from KKR-owned Pepper Money, which was exiting this line of business.

The company was active in the capital market last year, raising €220 million in May as it sold bonds against its fledgling commercial property loan book through a process known as securitisation.

In July, it launched a residential mortgage-backed securitisation deal, backed by the former Pepper loan book.

Mr Kane, former chief executive of Irish Permanent, had previously signalled that he might seek to float Finance Ireland as soon as this year. Sources have now confirmed to The Irish Times that preparatory work is under way.

Ms O’Sullivan, an accountant by training, joined Bank of Ireland in 2005 through its then IBI Corporate Finance business before taking on a number of senior positions at the lender, including head of mortgages in the Republic. She was appointed a director of business transformation last year.

Finance Ireland traces its roots back to 2002 when Mr Kane set up a company called Shared Home Investment Plan (Ship), which offered an equity-release product in Ireland for seniors. The company secured a stock-market quotation in 2006 through a reverse takeover of publicly-quoted Ardent and was subsequently renamed Finance Ireland.

The business made a brief entry into Irish subprime mortgage lending before the property crash. Finance Ireland delisted from the Dublin and London markets in 2008 and stopped writing new business in 2009.

Finance Ireland started to lend again in 2011, focusing on motor finance, with backing from UK merchant bank Close Brothers, before expanding into other areas as the economy began to recover.