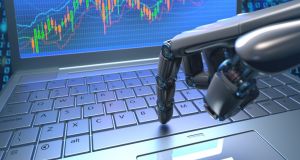 Processing bulk wire transfers is one area in which the robots are being used at the lender. Photograph: iStock

A 151-year-old Swiss bank is among the first wave of smaller lenders deploying robots for basic tasks to drive down costs and is considering expanding its use of the technology.

After a successful test run, St Galler Kantonalbank decided to use three bots for jobs such as compiling information and using it to fill out forms. The company plans to add a fourth soon and has set up a five-member team to look at ways of employing the technology.

“These robots can be used universally,” management board member Felix Buschor said in an interview. “They help to avoid human errors and theoretically can work 24 hours a day.”

Processing bulk wire transfers is one area in which the robots are being used at the lender, which is controlled by the regional government. In the past, employees “took care of that manually with the help of Excel spreadsheets,” according to Mr Buschor. Another area is the recovery of withholding taxes, with robots filling out forms by themselves.

With stricter regulation and low interest rates, banks are under pressure to reduce costs and robots can help to achieve that goal. While lenders have been using robots for several years, only a few of them have actually started using them broadly and long-term to help run the company, said Christian Toelkes, a technology consultant for financial services at Accenture in Germany.

That could change soon, according to Mr Buschor. “We exchange our experiences of using robots with other banks. It’s becoming apparent that robots will be used more widely in the future,” he said.

While the use of robots at St Galler Kantonalbank means the company eventually needs fewer employees, the measure hasn’t led to redundancies, Mr Buschor said. “We are offsetting this with natural fluctuation,” he said.