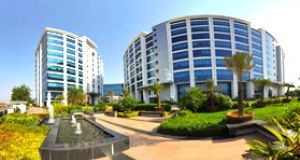 An appeal by Irish Bank Resolution Corporation (IBRC) against a decision by Indian state officials to take enforcement action against an office park under its control, which was scheduled for court in India on Monday, has been delayed and is now expected on Wednesday.

India’s Enforcement Directorate (ED), a financial crime agency, in recent weeks moved to assert control over the IBRC-backed Q City office park in Hyderabad, which was formerly controlled by companies in the business empire of Sean Quinn and his family.

This move was over historical and allegedly illegal transactions that shifted close to $15 million of its funds out of the country.

ED has issued an attachment order against the assets of the office park. IBRC’s liquidators, Kieran Wallace and Eamonn Richardson of KPMG, gained control over Q Park earlier this year as part of its global efforts to chase down former Quinn assets to defray debts owed to the State-owned bank.

In a previous High Court action in Dublin in 2018 as part of the pursuit of assets formerly controlled by Mr Quinn’s group of companies, Mr Wallace alleged that his office had uncovered “sham transactions” at Q City relating to fake software purchases in Hong Kong and Dubai. The family of Sean Quinn strongly denied any involvement in wrongdoing.

Despite the change of control at Q Park, however, ED has chosen to forge ahead with its enforcement action over the transactions. IBRC, which has been in discussions with the Indian agency, is challenging the decision.