General insurance business profit falls in first half of year 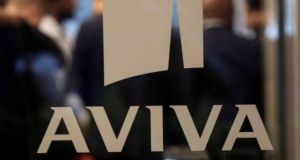 Aviva’s life business was boosted by the 2018 takeover of Friends First. Photograph: Reuters

Profit at Aviva Ireland rose 7 per cent to €61 million, driven by growth in the company’s life business as a result of the purchase of Friends First in the middle of last year.

Operating profit in the life division more than doubled to €30 million and new business premiums increased to €859 million in the first half of 2019, up from €494 million in the prior year.

But general insurance showed a weaker performance, with operating profit down year on year to €31 million from €43 million in the first half of 2018. Net written premiums were marginally lower at €248 million, compared with €255 million in the same period of 2018.

The combined operating ratio, a key measure for profitability, was 91 per cent, but Aviva said it had been hit by a new industry-wide levy introduced in 2019 and increasing competition in the market.

Chief executive John Quinlan called on the Government to establish the Judicial Council as soon as possible following the passing of the Bill into law, in a bid to help cut the cost of claims.

“This is a major step towards the material reduction in the levels of personal injury compensation awards,” Mr Quinlan said. “Aviva maintains that until soft-tissue injury award levels reduce significantly from current levels of 4.4 times those in England and Wales we cannot deliver a sustainable reduction in claims costs and premiums for customers.”

Aviva Ireland’s €130 million purchase of Friends First from Dutch group Achmea last June boosted the company’s share of the State’s life and pensions market to about 15 per cent – roughly equating to its slice of the general insurance market.