Challenger bank plans to use Republic as base for European expansion 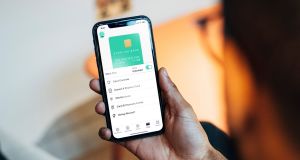 Starling has already established a subsidiary in Dublin, both to potentially service the Irish market and to use as a springboard into other European markets. 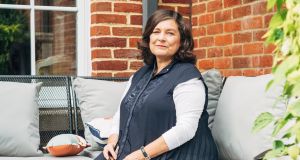 Starling, the British challenger bank founded by former AIB chief operating officer Anne Boden, is likely to raise fresh capital next year to expand its offering for small UK businesses and advance plans to use the Republic as a base for European expansion, according to a senior executive with the lender.

Declan Ferguson, chief strategy officer at Starling, said on a video seminar hosted by Goodbody Stockbrokers on Thursday that the company, which has raised £363 million (€398 million) of equity and grants since it was set up in 2014, will likely raise fresh money “at some stage next year” as its asset base grows.

Ms Boden said last month that Starling has resumed talks with the Central Bank of Ireland, after a hiatus lasting a number of months due to the Covid-19 crisis, on securing a balancing licence that will allow it to expand in the Republic and other markets.

The digital bank has already established a subsidiary in Dublin, both to potentially service the Irish market and to use as a springboard into other European markets, starting with the Netherlands, France and Germany.

Starling claims to be the fastest-growing SME bank in Europe with a new account being added every 35 seconds. The bank’s deposit base has grown to £3.5 billion from £600 million in the past 12 months, with recent lending activity being driven by UK government-backed coronavirus business interruption loans scheme, according to Mr Ferguson.

Ms Boden has set her sights on Starling reaching breakeven in the fourth quarter of this year, at a time when fintechs targeting areas of traditional banking, such as Monzo and Revolut, have yet to make money.

Mr Ferguson said that Revolut, which says it has more than 1 million account holders in Republic, “has had a huge impact” on the market.

“Hopefully we’ll bring about more disruption to that market as well,” he said, without giving details of the plans.