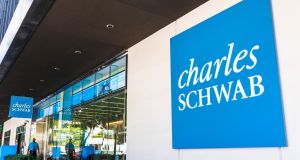 Schwab said it would cut staff as part of the new deal and re-evaluate its property portfolio, moves that it expected would save the combined group as much as $2bn. Photograph: iStock

Charles Schwab has agreed to buy its rival online brokerage TD Ameritrade for $26 billion (€23.6 billion), as a savage price war forces the industry to consolidate.

The all-stock deal is likely to transform the brokerage industry, heaping new pressure on large wealth managers, including Bank of America, Morgan Stanley and UBS that have watched as their online rivals have gained market share.

The takeover comes at a critical moment for Schwab and TD Ameritrade, which have been caught up in a blistering price war that saw both cut trading commissions to zero. The cuts have wiped billions of dollars from the pair’s market valuations.

Under the terms of the agreement, shareholders in TD Ameritrade, which traces its roots to 1975 when US securities regulators banned fixed brokerage commissions, will receive 1.0837 of Schwab shares for each TD Ameritrade share they own, the companies said in a statement on Monday.

Walt Bettinger, Schwab president and chief executive, said: “With this transaction, we will capitalise on the unique opportunity to build a firm with the soul of a challenger and the resources of a large financial services institution that will be uniquely positioned to serve the investment, trading and wealth management needs of investors across every phase of their financial journeys.”

The combined company will have around 24 million client accounts globally with more than $5 trillion in client assets. It will have annual revenue of $17 billion and pre-tax profits of $8 billion.

TD Bank, which holds a 43 per cent stake in Ameritrade, will own 13 per cent of Schwab after the deal is completed. The Canadian bank agreed to have its voting interest in Schwab capped at 9.9 per cent, with the remainder of its stake held in new, non-voting shares.

Schwab said it would cut staff as part of the deal and re-evaluate its property portfolio, moves that it expected would save the combined group as much as $2 billion. The takeover is expected to be finalised next year, after a stockholder vote.

However, analysts cautioned that the tie-up may face scrutiny from regulators.

“We think this deal may face somewhat significant antitrust hurdles, depending on how the competitive market is viewed by relevant authorities,” said Kyle Voigt, an analyst at KWB. – Copyright The Financial Times Limited 2019