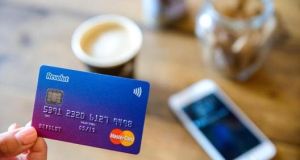 Revolut applied for a European banking licence in 2017.

Banking alternative Revolut increased monthly transaction volumes from $200 million to $1.5 billion in 2017 as revenue increased by 433 per cent to £12.8 million.

The London-based company, which had two million customers in June, made a £14.8 million loss in the financial year, an increase of almost 112 per cent on the previous year’s loss. That loss came as the company’s administrative expenses increased from £2.8 million to £8.7 million as it more than doubled its work force.

During the year, Revolut began expansion into 10 international markets, applied for a European banking licence and begun work on their commission free trading platform.

“In reality, we launched all of our money-making products through the course of that year, such as our premium accounts in April, business accounts in June and cryptocurrency trading in December. Therefore I’m really pleased that we were able to increase our revenue by four and treble our customer numbers in 2017,” said Nik Storonsky, the company’s founder and chief executive.

The company is planning to launch its stock trading product “soon”, having introduced a new metal card and subscription model last month. Over 20,000 customers upgraded to the £12.99 per month subscription product while there are over 60,000 on the waiting list.

The fintech company is planning to hire and train more customer support agents this year, doubling the size of that time and opening a customer support centre in Europe by the end of the year.

Revolut launched its services in 2015, pitching itself as a digital banking alternative and allowing users to open an app-based current account in one minute.

Customers can hold and exchange 25 currencies and send free international money transfers. Among its other products are a geolocation travel insurance, instant credit and a cryptocurrency offering that allows customers to buy, hold and sell cryptocurrencies instantly.