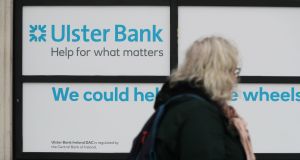 NatWest’s heart left the Republic a decade ago when the group – then known as Royal Bank of Scotland (RBS) – was effectively forced to divert a third of its £45 billion (€52 billion) UK taxpayer bailout to keep Ulster Bank in the Republic afloat in 2008, even though it only accounted for 3 per cent of group assets.

Its feet have now caught up. Following numerous reviews over the past decade or so, NatWest confirmed on Friday it would be winding down the Irish unit over a number of years.

With Irish lenders slapping average interest rates of 2.76 per cent on new mortgages – more than double the 1.29 per cent euro-zone average as of December, according to Central Bank data – it may be hard to fathom why NatWest is scurrying towards the exit. Sorry, managing a “phased withdrawal”.

However, banks in this State must hold three times as much expensive capital in reserve against mortgages as their average European peers, according to European Banking Authority data. This is a direct result of the level of losses on loans endured during the financial crisis and the actual extent of the property crash, which saw house prices slump by almost 55 per cent from their peak.

A report published earlier this week by Banking and Payments Federation Ireland, written by Martello Strategic Consulting, also highlighted that the high level of Irish loans that were once in trouble but now meet their new terms, as well as the low level of repossession through the courts process compared with most European countries, also add to the perceived riskiness of mortgages when it comes to calculating how much rainy-day capital needs to be set aside against loans.

While Irish banks have been lending under some of the strictest mortgage restrictions in Europe since 2015, they are getting little relief on the capital front. Austrian and Belgian banks have been handing out home loans in recent years at average levels of more than six times borrowers’ income, almost double the Irish average, but Irish banks still have to hold three times as much capital against new mortgages, based off similar loan-to-value ratios.

This all reduces the returns on Irish loans and is a significant reason why the exit of the third biggest lender in an otherwise strong economy – the effects of the Covid-19 pandemic aside – has not attracted overseas banks.

But the real head-scratcher for NatWest has been the fact that Ulster Bank has been forced to hold twice as much equity capital in reserve as the main Irish banks – at 28 per cent of so-called risk-weighted assets. This is essentially trapping up to €2 billion of the UK bank’s money, depressing returns on its investment and, ultimately, leading the UK group to say it has had enough.

The surplus funds are largely a function of how Ulster Bank’s balance sheet has shrunk dramatically in the past decade through the sales of problem loans and customers paying back borrowings at a quicker pace of taking on fresh debt.

And while Ulster Bank received the blessing of the Central Bank to pay back €3.5 billion of its parental bailout in recent years, regulators in Dublin are clearly reluctant to allow NatWest to extract its money at the pace the UK group would like.

You can have capital rules, but any number of soft reasons can be used by regulators to require banks to hold additional capital, including IT issues, concerns over business models, or other lingering risks. And, in fairness, NatWest’s capital ratios look less stark compared with other Irish banks when their other forms of reserves, including junior debt, are included.

The lax regulatory regime that predated the financial crisis has, rightly, been abandoned in favour of a hands-on regulator. We’re all still paying the price for previous mistakes – with over-the-odds interest rates and a third of the €29 billion that was pumped into the State’s three surviving banks during the crisis yet to be recovered.

But the Central Bank, chastened by its own failings during the credit and property bubbles and terrified of being shown up in front of its European peers as it was during the crisis, is now among the most hawkish around.

There is also a cost for not having the balance right. Ulster Bank’s situation tells any bank that would potentially be looking at entering the Irish market that it’s very hard to get excess capital out.

That’s just one of the reasons – and there are many – why we’re now relying on a green-jersey solution to deal with the assets falling out of Ulster Bank’s retreat, with Permanent TSB and AIB in talks to buy large chunks of the business.

The inevitable shrinking of the competitive market sent AIB shares up 8.2 per cent and pushed PTSB almost 11 per cent higher on Friday.

Good news if you’re Government looking to ultimately recoup crisis-era bailout bills in those banks (even if it may require some additional taxpayer funds to get a PTSB deal over the line). Not so much if you’re a consumer.