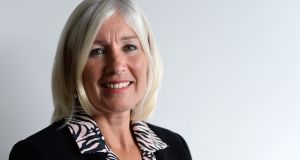 Ulster Bank chief executive Jane Howard told staff hours before full details of the bank’s closure were revealed that no decision had been made. Photograph: Dara Mac Dónaill

Leadership is a complex business. Whole business schools keep themselves occupied examining what it means and how it changes over time, But if one thing is clear, it is that leadership must involve trust and a degree of transparency.

And, by those critical measures, Ulster Bank has failed the test. The pro forma statement put out by chief executive Jane Howard on Thursday after this newspaper reported that the bank would close, where she said no decision had been taken, was a breach of trust with her 2,800 staff.

The bank had long since made the decision that it was closing: the only issue was with whom it would strike deals to sell off its loan books. The latter might require 11th hour discussions; the former does not. Such momentous decisions are not made overnight.

So, even as Ms Howard was assuring staff that no decision had been taken, we were some way past the point of that key decision having been made. Other parties inside and outside the bank were already drawing up media statements.

And it is not just this week. Ulster Bank staff have complained consistently throughout this process that they have been to last to know of any developments in this saga.

These, remember, are the people most directly affected by the decision of NatWest to pull the plug on its operation in the Republic. The bank’s 1.1 million customers will move on – either following their loans to new banks or transferring personal and savings accounts where they choose.

The outlook for staff is bleaker in an ever-contracting sector. These 2,800 people have already seen more than 1,000 of their colleagues let go in recent years as the bank stepped back from being a competitive force in Irish banking – crippled by sloppy lending policies, the subsequent financial crash and the reputational shock of repeatedly locking out customers because of out-of-date technology systems that an increasingly-reluctant parent would not update.

Now they must soldier on as a zombie bank winds down over a number of years. They deserve better than they have had thus far.