Plum aims for 300,000 customers with launch in Ireland 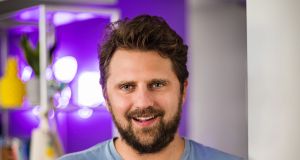 Plum chief executive Victor Trokoudes: “The key reason for using Plum is that you’ll save more without really thinking about it.”

Plum, a fintech that has developed a smart solution that helps consumers save more effectively, is launching in the Irish market with plans to capture up to 300,000 customers by the end of 2021.

The firm is headquartered in London and its solution has already gained one million sign-ups in Britain. It is looking to have five million across Europe by early 2022 with the Republic its first overseas market. Co-founded by Victor Trokoudes, one of TransferWise’s earliest employees who led its expansion into 25 markets, Plum has raised $19.3 million since it was founded in 2016, including $10 million earlier this year.

The company’s smart money management platform, which works in tandem with banking accounts, not only analyses spending and saving patterns, but also automates personalised financial decisions to help people get more out of their money.

Customers of Bank of Ireland, AIB, Ulster Bank and Permanent TSB and Revolut, can link their accounts to Plum, which then uses artificial intelligent (AI) to automate a number of tasks. These include monitoring bills to ensure customers aren’t overpaying on utilities and suchlike, and setting aside small amounts of money to save for big purchases, such as holidays. The solution also has an investor proposition as well, which will be available early next year.

“Plum is all about automation rather than recommendations so we’ve designed the product in a way that it takes actions and moves money into savings accounts on your behalf rather than showing you retrospective information on spending patterns and then waiting for you to make decisions. It effectively makes financial decisions automatically for you,” Mr Trokoudes told The Irish Times.

Users can opt for a number of saving rule options such as a 52-Week Challenge. While decisions are taken automatically, they have oversight and ultimate control over their savings.

In addition to launching in the Republic, plans are afoot to roll out Plum in Spain and France in the coming months.

“The key reason for using Plum is that you’ll save more without really thinking about it. Essentially, it’s more money with no pain, with it being easy to save €1,000 in the first year alone,” said Mr Trokoudes.