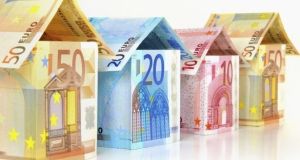 Mortgage holders in Ireland could save more than €10,000 by switching lenders but the vast majority opt not to change, according to a new Central Bank report

Mortgage holders in Ireland could save more than €10,000 by switching lenders but the vast majority opt not to change, according to a new study.

The research by the Central Bank found that 61 per cent of eligible mortgage holders stood to save more than €1,000 within the first year if they switched providers, and more than €10,000 over the remaining term of the loan.

The findings suggests there is little appetite among eligible borrowers to engage with mortgage switching options in Ireland, it says. This is despite downward movements in interest rates and the recent introduction of policy initiatives designed to improve the switching process.

“A diverse range of factors may inhibit switching, including psychological factors, lack of knowledge on the costs and benefits, and the perceived complexity,” it says.

The report on switching activity in the Irish mortgage market highlights the potential for savings available to mortgage holders and pinpoints some of the reasons why people may not be making the move.

It says that a large number of mortgage holders could see significant reductions in repayment costs by switching.

More than three in five (62 per cent) holders of owner occupier mortgages which are eligible to switch could save more than €1,000 within the first 12 months if they moved to secure the best available rate in the market.

Of those that are eligible to switch, 72 per cent stand to save over one-tenth of their annual repayment cost while 61 per cent could save more than €10,000 over the remaining term of the mortgage.

The study also examines the potential barriers to mortgage switching, suggesting lower levels of financial literacy and education are likely to inhibit many from changing the current set up.

The high inhibition category includes a higher share of first-time borrowers, and borrowers who took out mortgages during the peak years of the housing boom, it says

Responding to the report, Trevor Grant from the Association of Irish Mortgage Advisors, said: “Nowhere near enough homeowners review their mortgage offering in the recommended timeframe, which is approximately every two years.”

“Greater competition in rates in 2020 has meant that the Irish market is now ripe for switching,” he said.

“The crux of the matter for mortgage holders is that their bank would prefer if they didn’t switch, And whilst they may offer their customer the lowest rate, they are not obliged to advise them specifically that there are better terms available elsewhere.

“ Therefore, it is up to the Central Bank of Ireland and other consumer advocates like Mortgage Brokers to get the message out there,” he added.