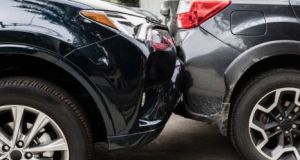 The figures are likely to fuel criticism that insurers have been seeking to make up for years of heavy motor losses around the middle of the last decade by making above-average profits in recent times. File photograph: Getty

Insurers operating in the Republic saw profits on motor coverage lines surge by 9 per cent to €142 million last year, as the loss ratio hovered around the lowest levels of the past decade, according to Central Bank figures.

Claims costs fell to 59 per cent of total motor premiums in 2019 from a peak of 92 per cent in 2014 and an average of 72 per cent over the past decade, according to the bank’s second annual Private Motor Insurance Report, drawing on the National Claims Information Database figure. The loss ratio was up slightly from a low of 57 per cent in 2018.

Adding in insurers’ normal running costs delivered a so-called combined operating ratio of 83 per cent. A figure below 100 per cent indicates that an insurer is writing business at a profit. Industry players typically target a ratio between 90 per cent and 95 per cent.

The figures are likely to fuel criticism that insurers have been seeking to make up for years of heavy motor losses around the middle of the last decade by making above-average profits in recent times.

“We would like to stress that these figures should be looked at in context and over time. It is widely acknowledged that the insurance industry, more than other industries, experiences cycles of contraction and expansion,” said Moyagh Murdock, chief executive of Insurance Ireland.

“We would like to see less volatility over time. A stable, healthy and profitable insurance sector is fundamentally important in a functioning economy, facilitating business and enabling citizens to go about their daily lives securely.”

The report said that legal bills accounted for a third of the average €71,050 settlement of litigated motor injury cases in the Republic over the past five years, according to Central Bank figures.

Assessing claims for less than €100,000 – which make up 94 per cent of cases – the Central Bank found that the average compensation for a litigated case was €23,572. That’s only marginally higher than the average €22,319 award received from going through the less expensive and quicker Personal Injuries Assessment Board (PIAB) process.

The average Irish motor premium rose by 66 per cent from a low point of €431 in the final three months of 2013 to €714 in the second quarter of 2018 before dropping 9 per cent to €653 in late 2019. That suggests that the cycle peaked a little over two years ago, according to the Central Bank.

The rate of recent decline is at odds with Central Statistics Office (CSO) figures, which were used by the Government in a statement last Friday to support its progress on reforming insurance premiums that motor coverage costs have fallen almost 31 per cent from mid-2016 peak.

The difference is largely down to the Central Bank using a much wider sample, according to a spokesman for the regulator. There is also a time lag between its data and the CSO figures, which run to September of this year, he said.

Meanwhile, the Central Bank is currently collecting data on the employers’ liability and public liability insurance markets, which have also been the subject of sharp premium rises in recent years. It plans to publish the data in the first half of next year.