Deal for the unit could be announced as soon as today 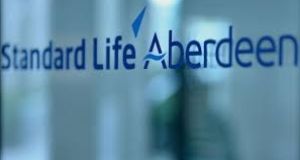 Britain’s Phoenix Group Holdings is understood to be in talks to buy Standard Life Aberdeen’s insurance business for about £3 billion.

Britain’s Phoenix Group Holdings is understood to be in talks to buy Standard Life Aberdeen’s insurance business for about £3 billion.

The deal for the unit could be announced as soon as Friday, when Standard Life Aberdeen (SLA) publishes its first set of annual results, and insurer Phoenix would fund the transaction with a rights issue of about £1 billion, the source added. The acquisition would transform Phoenix into one of Britain’s biggest insurance companies. It would also reshape SLA to focus on asset management, less than a year after the company was created last August from the £11 billion merger of Aberdeen Asset Management and Standard Life.

Phoenix did not return a request for comment about the deal, which was first reported by Bloomberg. SLA declined to comment. The sale to Phoenix comes in the wake of failed talks between SLA and Lloyds Banking Group. Following the creation of SLA, the new company held six months of discussions with Lloyds, its biggest client, over “ways in good faith to build a successful relationship” with the bank.

SLA has a £109 billion asset management deal with Lloyds and the merger of Aberdeen and Standard Life triggered the right for the bank to review the agreement. However, SLA disclosed on February 15th that those talks had ended and Lloyds had served notice to end the asset management mandate, dealing a blow to SLA. Sky later reported the failed talks with Lloyds had concerned a merger of SLA’s insurance unit with that of the bank.