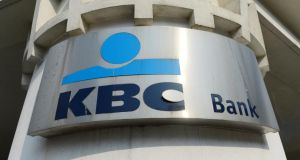 KBC Bank Ireland chief executive Wim Verbraeken has said the country’s banks, currently selling billions of euro of soured debt to meet European Central Bank (ECB) demands, should be cut some slack by regulators, as much of the loans classified as non-performing are generating cash after years of restructuring.

Cases of loan arrears have fallen in Ireland since 2013 as banks treated distressed mortgages at pace with solutions such as split mortgages, where repayments on part of the loan are put off to a future date. However, such arrangements continue to be classified as non-performing loans (NPLs) under strict criteria used by the ECB, which supervises euro-zone banks.

PTSB, responding to regulatory pressure to slash its 28 per cent NPLs ratio to the European Union average of below 5 per cent, put €3.7 billion of mortgages on the market last week in a move that has prompted political controversy. It is understood up to €700 million of the loans on the market are to borrowers who are meeting the new terms of restructured loans.

“I think we have a very strong case in Ireland that the progress we have made on the substance of these [restructuring] cases should be reflected in how the regulator looks at the books,” Mr Verbraeken told The Irish Times after the Belgian-owned lender reported full-year results on Thursday.

Irish authorities and the Banking & Payments Federation of Ireland have sought classification relief from the ECB for restructured or “treated” loans, particularly as the Frankfurt-based institution, as part of Ireland’s bailout troika, supported banks’ restructuring options at the height of the crisis. While the lobbying efforts have so far failed, Mr Verbraeken insisted it should not be viewed as a “lost cause”.

KBC Bank Ireland, which has the strictest internal definition in the country for what qualifies as a bad loan, saw its impaired loans fall by a quarter to €1.4 billion during 2017, resulting in its impaired-loan ratio falling to 35 per cent by the end of December. The reduction was accelerated as the bank booked an accounting write-off of less than €400 million of loans.

The bank last year released €215 million of provisions previously set aside for bad loans, and expects to free up a further €100 million to €150 million of such reserves this year as the economy and house prices continue to grow.

The lender, part of Brussels-based KBC Group, set aside €116 million of provisions last year to cover the redress and compensation due to the tracker mortgage scandal. This brought total such provision to €120.3 million.

KBC Bank Ireland, which reaffirmed its commitment to Ireland a year ago following years of speculation, has said its number of affected customers in an industry-wide scandal going back as far as a decade stands at just under 3,000.

The bank has so far rectified rates and made redress and compensation payments to 501 impacted customers. The bank said in a statement on Thursday as it released its full-year results that it planned to address the remaining impacted customers “as soon as possible but will conclude no later than the end of June 2018”.