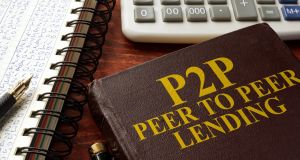 Linked Finance chief Niall Dorrian: “What we’re doing is giving the opportunity for pension holders to invest in a growing and new asset class.”

Irish pension savers can now lend to small and medium sized businesses across the country through a new platform, which will allow pension savers and holders to diversify their investment portfolio into a new asset type.

P2P lending specialist Linked Finance has just launched a pension product, which will allow pension savers lend to SMEs, all while maintaining the tax efficiencies of a pension structure.

Chief executive of Linked Finance Niall Dorrian said: “What we’re doing is giving the opportunity for pension holders to invest in a growing and new asset class. These new pension accounts will allow people to make lending to local SMEs part of their planning for retirement while availing of the tax benefits associated with investing via a pension product.”

Allocations to a pension fund which then lend via the P2P structure will enjoy the usual pension tax relief at the marginal income rate, while funds will be allowed to grow tax free. The product is however restricted to those who run self-administered pensions, such as an ARF, SIPP, SSAS, PRB or AmRF, and these must be administered by a participating trustee company, including Wealth Options, Bespoke Trustees, Quest Capital and the Independent Trustee Company. Linked Finance hopes to expand the number of participating companies in 2018.

Dorrian says that lenders can expect annual returns of between 7 and 8.5 per cent, while the expansion of P2P lending to pension savers also means that it should boost liquidity for Irish SMEs, by increasing access to finance.

Launched in 2013, Linked Finance looks to match SME’s need for funds with savers, by allowing savers to potentially earn a greater return on their money by lending to small businesses. It recently raised €2 million in new equity funding, and now has 17,000 registered users, with €40 million in funding across 1,100 loans to Irish SMEs. Linked Finance says it has a default rate – loans in arrears of 120 days or more – of less than 1 per cent.

During the year it received authorisation to enter the UK lending market. Companies currently looking for funds on the Linked Finance platform include Wincom Engineering, Dairyglen, and Big Red Cloud.

1 New car prices could rise by up to €10,000 if taxes increase in budget
2 In this strangest of recessions, what happens next for Ireland?
3 Fortnite owner signs multimillion deal to buy Irish ‘kidtech’ firm
4 Chris Johns: Boohoo exposed on pay and conditions in digital economy
5 Hotel bookings collapse in wake of additional Covid restrictions
6 Majority of businesses across the world unprepared for cyberattacks
7 Insurers must be more ambitious on diversity and inclusion, says Central Bank
8 Better Capital and NTMA to shut €100m SME turnaround fund
9 Permanent TSB faces second senior management vacancy
10 Air travel never going ‘back to way it was’
Real news has value SUBSCRIBE