Dutch bank launched in Republic in 2019 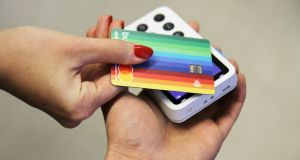 Bunq is one of a number of online challenger banks seeking a share of the Irish market.

Challenger bank Bunq said it doubled user deposits in 2019, bringing its total to more than €433 million by the end of the year.

Founded in 2014, the Dutch online bank began providing services to Irish customers in 2019 and launched in 21 other countries during the year.

It offers a number of different types of accounts to customers, including a premium account that costs €7.99 a month, and joint or business accounts for €9.99 a month.

The bank said most of its premium accounts could be classed as “major usage”, with deposits higher than €1,000 and consistent use being recorded. Average deposit per premium user was more than €2,300 per month.

The bank is trying to differentiate itself from traditional banks by offering features such as the choice of whether your money earns interest or not, an environmentally focused account, and a travel card that give customers the option to spend their money in foreign currencies without any additional charges.

Users of its Green Card can contribute to reforestation with Bunq planting a tree for every €100 spent. In the three months since its launch, the scheme has led to more than 70,000 trees being planted. Customers pay €99 a year for the scheme.

Last year also saw the launch of Apple Pay for Irish users, along with Belgium, the Netherlands, Austria and Portugal.

Bunq is competing with a number of fintechs operating in the Irish market, including digital bank N26, Revolut and Transferwise, which Bunq uses for its overseas money transfer service.