AIB to sell more than 500 ATMs to Brink’s

Bank will retain about 200 ATMs based in branches 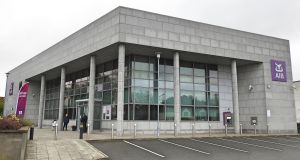 Brink’s said the deal would not lead to additional fees for customers. Photograph: iStock

AIB has agreed to sell its network of more than 500 non-branch ATMs in the Republic to Brink’s, which will mark the global cash management giant’s entry into this segment of the market in the State.

Brink’s president and chief executive, Doug Pertz, said in a statement that the company plans to maintain the existing estate and “expand access to cash, particularly in underserved and rural companies.”

“More importantly, cardholders with bank accounts in the Republic of Ireland will receive the same level of service without incurring any additional fees or charges when using our ATMs,” he said.

The bank currently applies a charge of 35c for withdrawals, aside from customers who meet criteria for fee-free banking.

Financial details surrounding the transaction have not been disclosed. AIB will retain about 200 branch ATMS as well as 430 cash and cheque lodgement machines, of which 213 have the ability to dispense cash.

“AIB remains committed to serving its customers through a wide variety of options,” a spokesman for the bank said. “As well as continuing to offer all existing services through our branch ATM network, customers will be able to bank in branch, via our app, online and by phone.”

Meanwhile, a spokesman said for Bank of Ireland said that the process around the planned sale of its 700 non-bank ATMs is ongoing. The bank also plans to retain ownership of its 750 machines in its branches.

It is understood that the lender plans to construct a sale contract so that the purchaser cannot raise withdrawal fees, currently levied at 25c per transaction, for a number of years.

It was reported last month that US-based electronic payment services group Euronet, which acquired 400 ATMS from Ulster Bank two years’ ago, is among final bidders for the Bank of Ireland portfolio, having bid about €20 million for the estate.