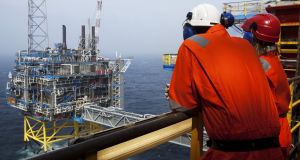 Norway’s $1 trillion (€900 billion) oil fund held a record amount of equities at the end of June, raising fears that the world’s largest sovereign wealth investor could have loaded up on shares again at the top of the cycle.

The fund – which on average owns 1.4 per cent of every listed company worldwide – previously increased its exposure to equities in 1998 and 2007, just before market crashes.

It revealed its new record holding in equities as it disclosed that it made a 3 per cent return in the second quarter, helped both by share and bond markets.

Equities returned 3 per cent, fixed income 3.1 per cent and unlisted real estate 0.8 per cent in the three months to June. The fund’s leading equity investments in the quarter in terms of return were Microsoft, Nestlé and Facebook with Alphabet, Deutsche Wohnen and Intel being the worst performers.

Trond Grande, the fund’s deputy chief executive, said: “Uncertainty about global trade and economic growth dampened returns early on, but markets rallied towards the end of the period, driven partly by the prospect of more expansionary monetary policy in developed markets.” – Copyright The Financial Times Limited 2019

US treasury secretary Mnuchin expects next China trade talks in ‘near future’ 20:53
Davos closes with US signalling hope on China trade talks 20:53
Explorer Petrel gets wider injunction to block sale of shares 20:33
Council tells Johnny Ronan firm to keep the noise down at D4 Embassy venue 20:29
European shares up as investors bet on economic uplift in 2020 20:08