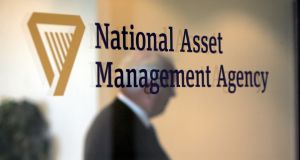 Nama’s redemption of a further €1.1 billion of senior bonds brings to €28.7 billion the amount of senior debt the agency has redeemed.

The National Asset Mangement Agency redeemed a further €1.1 billion of senior bonds from banks that sold commerical real-estate loans to the so-called bad bank during the financial crisis.

“The agency remains firmly on course, subject to market conditions, to meet its ultimate target of redeeming all of its senior debt by end-2017,” Nama said in a statement.

The agency, which at one stage during the financial crisis expected it would generate only enough money to pay back its senior bonds, has upgraded its forecast a number of times in recent years. It now believes it will have a lifetime surplus of €2.3 billion, even after redeeming €1.6 billion of subordinated debt issued to the banks as part payment for their risky loans.