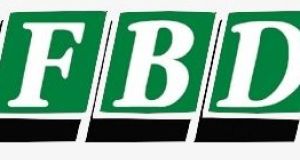 FBD Holdings’ shares have surged over 15 per cent so far this year. Canadian investor Fairfax Financial Holdings, founded by Prem Watsa, may convert €70m of FBD bonds into equity from next year if shares top €8.50

FBD Holdings’ shares have surged over 15 per cent so far this year, significantly bolstering Canadian investor Fairfax Financial Holdings’ chances of taking a 20 per cent stake in the insurer next year.

Toronto-based Fairfax, which was a lynchpin in a rescue investment in Bank of Ireland during the financial crisis and whose founder Prem Watsa is dubbed Canada’s Warren Buffett, bought a €70 billion convertible bond in FBD in 2015 to help the loss-making Irish company underpin its solvency buffers as the industry grappled with soaring claims costs and low investment returns.

Under the terms of the deal in September 2015, the bonds would convert automatically into shares, at a price of €8.50 each, between three and 10 years of the transaction if the stock price is above the conversion price for 180 days. A mandatory conversion would also be triggered at any stage in the event FBD were subject to a takeover.

However, some 80 per cent of the legwork has already been achieved, with the shares having jumped 40 per cent from their mid-November low to top €8 last week. FBD is the top-performing stock on the Iseq20 index so far this year.

Analysts and traders put the surge down to growing optimism that the group will return to profit this year following three years of losses. This is on the back of insurance rate hikes pushed through the by industry over the past two years, efforts by the Government to rein in spiralling motor insurance costs, a benign winter weather so far and rebounding bond yields internationally since Donald Trump’s election as US president, which has served to stoke investment returns across the sector.

FBD has been targeting a return to insurance underwriting profit in the fourth quarter of last year. The group’s keenly-followed combined ratio – a measure of claims and expenses divided by premium income – has not been below 100 per cent since 2013.

Merrion Capital analyst Darren McKinley estimates that FBD will swing into a €12 million net profit in 2017, following €83 million of combined losses for the past three years, before jumping to €20 million in 2018.

If Fairfax takes a 20 per cent stake in FBD, the company’s existing main shareholders, Farmer Business Developments plc, would see its 24.6 per cent stake diluted. Fairfax first came to prominence in Ireland in 2011 when it and US billionaire Wilbur Ross led five North American investors who bought a 35 per cent stake in Bank of Ireland for €1.1 billion. The deal helped the lender avoid falling under state control.