Bank plans to lower costs, spend €3bn on technology over next three years 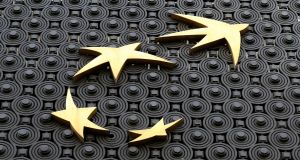 BNP Paribas posted fourth-quarter profit that missed estimates as earnings fell at the French consumer-banking business. The lender also laid out a multi-year plan to lower costs and boost investment in technology.

Net income doubled to €1.44 billion from a year earlier, the Paris-based bank said in a statement on Tuesday, falling short of the €1.63 billion average estimate of seven analysts surveyed by Bloomberg. BNP Paribas raised the dividend to €2.70 a share, and will target an average annual increase of more than 9 per cent until 2020.

Record-low interest rates and sluggish economic growth have dragged on consumer-banking profits at BNP Paribas and European peers. The bank, led by chief executive Jean-Laurent Bonnafe, said it will spend €3 billion spread over the next three years to upgrade digital-banking services and increase automation while also seeking to squeeze out €3.4 billion in costs company-wide.