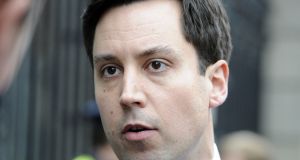 It looks like we’ll have to wait until the new year for Minister of State for Financial Services Eoghan Murphy to produce his report on measures to help curb the cost of motor insurance.

He had initially indicated the report would be published before Christmas but it won’t go for Cabinet approval at the final meeting of the year on Wednesday.

Murphy has asked a number of stakeholders to meet him in early January and it is expected to go to Cabinet next month.

In October, no fewer than 41 “emerging recommendations” were published by his interdepartmental working group, which has been assisted by four sub-groups that featured various external stakeholders.

These included a requirement that insurance companies provide “enhanced transparency” on how their premium is calculated.

It is also proposed to establish a national claims statistics database or claims register, controlled by a designated authority, to capture claims data on a basis to be defined. This would provide information on personal injury and property damage claims in the State, as well as information on the speed of resolution, settlement channel and delivery costs of such claims.

At the minute, the available data on claims revolves around settlements agreed in court or through the Personal Injuries Assessment Board (PIAB). Details on out-of-court settlements by the motor insurers are not available.

A personal injuries commission has also been proposed to look at “care not cash” models and to benchmark awards against other countries. It is also proposed to give An Garda more powers to tackle fraud and uninsured driving, to strengthen the book of quantum and to review the operation of the PIAB. And more besides.

Murphy’s original time frame for publishing his final proposals was always ambitious and he’ll be forgiven for the slight slippage.

He will ultimately be judged on the final recommendations and the success or failure of their implementation. Given that the reforms will take time to implement and to take effect, there’s still a long road to travel before consumers will feel the benefits of the Government’s work.