Lenders expected to have ‘commenced engagement’ with customers by mid 2017 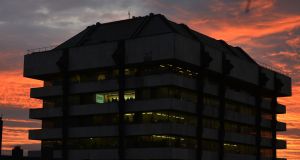 The Central Bank said it expects lenders will have commenced engagement with affect customers by mid-2017.

Some 8,200 mortgage accounts holders have been identified so far as having been denied a tracker rate by their lender here, the Central Bank of Ireland has said.

This has emerged from an update in the regulator’s tracker mortgage examination, which covers 15 lenders that offered these home loans before the economy crashed in late 2008.

The regulator said on Monday that it expects lenders will have “identified and commenced engagement” with affected customers by the middle of 2017, and it is likely that more cases will have emerged by that time.

When impacted customers are identified, the lender must stop charging the incorrect rate on their account and must communicate this to the customer, to ensure that any further detriment is stopped as early as possible.

Once a full review of a customer’s account is completed, following external independent third-party assurance, the lender will then issue a letter to the customer explaining the nature of the error, the correct rate to apply to the account and information on redress and compensation.

Bernard Sheridan, director of consumer protection, said the figures showed an increase in the pace at which customers were being identified, with more customers starting to be moved to the correct interest rate, and redress and compensation commencing.

“However, based on current progress we expect that relevant lenders will have identified and commenced engagement with impacted customers by mid-2017 with payment of redress and compensation, processing and consideration of any appeals and the Central Bank’s own assurance work continuing beyond this point for some lenders.”

The Central Bank’s examination framework also provides that lenders establish an independent appeals process to deal with customers who are dissatisfied with their redress package.

The regulator said it would take appropriate supervisory action, including enforcement action, to ensure that fair outcomes are achieved for consumers.

It recently reached an agreement with Springboard Mortgages Ltd, where the Central Bank issued a reprimand and imposed a fine of €4.5 million for failing to apply the correct tracker rate to certain mortgage accounts. Springboard was a subsidiary of Permanent TSB at the time of the failure.

Last week, Bank of Ireland said it had identified 602 accounts where a right to a tracker rate was not provided to the customer. Separately, 3,916 accounts currently on a tracker rate had been overcharged by an average of 0.15 per cent.