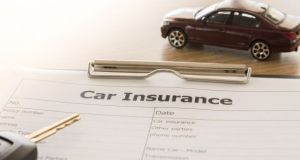 Motor insurance claims fell by 8 per cent in the first seven months of 2018, a drop attributed to a decision by insurers last year to forward suspicious claims to the Garda.

The Motor Insurers’ Bureau of Ireland (MIBI) said 1,572 claims were submitted in the January to July period, as against 1,716 claims for the same period a year ago. Overall, fewer claims were received in 18 out of 26 counties.

The organisation said the decline in claims was due to the introduction of anti-fraud measures last year that included the forwarding of potentially fraudulent claims to the Garda. The decision came after the body said that up to one in eight insurance claims being submitted were “suspicious”.

“Since we adopted our ‘fighting fraud’ strategy, which involves a zero tolerance approach to fraud, there has been a noticeable decrease in the number of claims where the evidence does not back up the case being made,” said MIBI chief executive David Fitzgerald.

Providing false or misleading information on a motor claim is considered a crime, and those convicted of the offence face up to 10 years in prison or a €100,000 fine. However, the MIBI has said in the past that it is often very difficult to prove an allegation of insurance fraud within the Irish legal system.

The organisation typically pays out between €55 million to €60 million a year in insurance payments, with fraudulent claims adding on average an additional €30 to €35 to the cost of policies.

The largest drop in number of insurance claims in the first seven months of this year came from Louth, with 34 fewer received by the end of July. It was followed by Dublin and Kildare with 33 and 17 fewer claims, respectively. The largest percentage drop was in Roscommon which had a 41 per cent reduction in claims.

Of the eight counties which recorded an increase in claims, the largest was in Laois, which recorded eight additional claims in comparison with 2017.

“Fraudsters are starting to get the message that if they want to make a fictional claim to the MIBI then they will have to be prepared to have that claim put through microscopic examination. They will be thoroughly investigated by the MIBI working in co-operation with the gardaí, and if the evidence still doesn’t add up, they will be brought before the courts,” said Mr Fitzgerald.

“ The days of easy settlements for nonsense claims are definitely over,” he added.