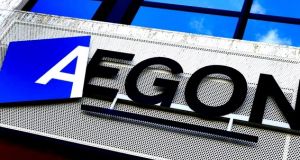 Aegon, the Dutch life insurance and pensions giant, booked a €93 million loss on the sale of its Aegon Ireland unit earlier this year, according to the company’s latest interim report, published on Thursday.

The loss contributed to a slump in Aegon’s net profit for the first half of the year, to €491 million from €907 million for the correspondent period in 2017.

Aegon received €195 million in April as it completed the sale of Aegon Ireland to a European insurance company, Athora, which moved immediately afterwards to sell on the unit’s entire €3 billion offshore bond portfolio to a subsidiary of London-based Life Company Consolidation Group (LCCG), which specialises in the acquisition of closed life insurance books.

LCCG, which is backed by US private equity group Oaktree, has been very active in Ireland in recent years, buying Harcourt Life, formerly Anglo Irish Assurance Company, in 2015, as well as Irish businesses from Axa and Aviva the following year.

At the time Aegon first announced it its plan to sell Aegon Ireland, in August last year, the Dublin-based business had wealth management and retirement products out to over 25,000 customers, mainly in the UK and Germany. The business was incorporated in June 2017.

Aegon, which said on Thursday that the Aegon Ireland sale was consistent with its “strategic objective to optimise its portfolio of businesses”, also revealed in its latest financial report it had disposed of its business in the Czech Republic and Slovakia. The group has identified its most important markets as the Netherlands, US and UK.

Underlying earnings at Aegon increased by 2 per cent to €1.06 billion in the first half. While the company is focused on organic growth, group chief financial officer Matthew Rider told Bloomberg News in an interview on Thursday that the company is interested in the possible purchase of Dutch competitor Vivat from China’s Anbang Insurance Group.

Anbang acquired Vivat in 2015 for the nominal sum of €1 after the Chinese insurer agreed to inject €1.35 billion of new capital into the business.