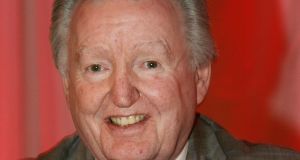 Shortly after the Government introduced the tax in the late 1980s, banks encouraged customers to falsely claim that they lived abroad, so they could dodge the tax charged on the interest earned on their accounts, which in those days was considerably higher than now.

In the late 1990s, a leaked copy of a 1991 memo from AIB’s head of internal audit, Tony Spollen, to the bank’s then chief executive, Gerry Scanlan, warning that the lender faced a IR £100 million (€127 million) contingent Dirt liability as a result of the practice, prompted the PAC inquiry.

Spollen, who died at the weekend was well-known in business. He did not leak the memo, but was a key witness at the inquiry. His testimony aided its work, which took just weeks and enabled the State to collect millions in unpaid taxes, interest and penalties.

The Dirt tribunal, as it was dubbed, was a big deal. TDs grilled senior bank executives whose companies were shown to have aided tax evasion. It left institutions, already tarnished by other scandals, supposedly shamefaced and about to learn a lesson.

Only they didn’t. Further revelations about the use of offshore accounts put the multimillion-pound Dirt scandal in the ha’penny place, while it also emerged that banks fleeced customers by deliberately overcharging them.

Finally, the same businesses crashed the economy by lending billions to a small coterie of developers. While the rest of us spent €47 billion bailing them out, the banks thanked us by wrongly switching customers off tracker mortgages to more expensive loans.

It is only a matter of time before something else emerges. Let’s hope there are a few more Tony Spollens around to help pick up the pieces when it does.