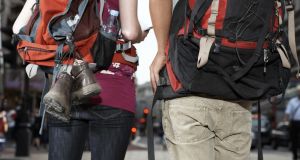 Irish tax advisory group Taxback. com has scored a landmark victory in Australia against the country’s so-called “backpacker tax” – but Irish travellers will not benefit, for now.

The federal court in Brisbane ruled on Wednesday that the controversial tax could not lawfully be applied to citizens of eight countries – the UK, the US, Germany, Finland, Chile, Japan, Norway and Turkey – as it violated double taxation agreements Australia has with these specific countries.

The tax, which came into effect in January 2017, removed the tax-free threshold of 18,200 Australian dollars (€11,244) that applied to visitors on working holiday visas and replaced it with a 15 per cent tax rate on all income up to 37,000 Australian dollars and higher rates above that.

Taxback.com said the ruling makes the tax “unworkable” and is likely to force the Australian tax authorities to review the measure in its entirety.

If the ruling is upheld following any appeal and the tax deemed illegal, backpackers hit by the charge over the past three years could be in line for rebate of up to 2,730 Australian dollars for each year worked. The Australian government has yet to signal if it will appeal the ruling.

There are estimated to be up to 75,000 Irish nationals on working holiday visas in Australia in any given year.

In making his ruling, Judge John Logan ruled the tax could not be levied on certain backpackers because doing so violated agreements with certain countries.

The judge accepted the argument put forward by Taxback.com that the tax contravenes non-discrimination clauses built into tax treaties that Australia has signed with the UK, the US, Germany, Finland, Chile, Japan, Norway and Turkey. These clauses prohibit unequal tax treatment of citizens from these countries, including working holidaymakers, compared with Australian nationals.

International tax treaties signed by Australia override domestic tax laws. There is no such clause in Ireland’s taxation agreement with Australia.

Judge Logan ruled that the Australian government discriminated against British backpacker Catherine Addy, who took the case along with Taxback.com, by charging her the tax. “That is a disguised form of discrimination based on nationality,” he said. “That is exactly the type of discrimination which is prohibited by … the double taxation agreement,” he said.

Taxback said that based on legal advice from their counsel in Australia there is now a reasonable expectation that in due course that Irish backpackers will benefit from this. Chief executive Joanna Murphy said the case was taken on behalf of all backpackers and that she was hopeful it would lead to a change in the law.

“It’s entirely unlikely that any taxation office would have in place different regimes for the same community based on their country of origin,” she said.

“In our view, it was very clear when the tax was introduced in 2016 that it discriminated against foreign workers and breached several international tax agreements. It also damaged Australia’s reputation as a working holiday destination,” Ms Murphy said.

Australian residents are not taxed on income they earn up to a threshold of 18,200 Australian dollars. The backpacker tax effectively denied visitors on working holiday visas this tax free threshold. The Australian government currently nets around 560 million Australian dollars per annum from the tax.

The decision means the tax cannot apply to citizens of the eight countries . Visitors from those countries account for approximately 50 per cent of all visitors who come to Australia on 417 or 462 Working Holiday Visas.

The overall contribution of the backpacker sector to the Australian economy is estimated at 3.5 billion Australian dollars per year.

1 Working from home: New costs, new stresses and little relief
2 We are ‘sale agreed’, but can we go back with a lower offer?
3 Joint accounts: if one of us dies, can the other access the money?
4 HSBC board rethinks overhaul and seeks even deeper cuts
5 Investor alleges fraud over collapse in property fund value
6 DAA offers workers up to two years’ wages in redundancy plan
7 Electrical contractors fear closure under new pay law
8 ‘I’ve so many outgoings with family life . . . it puts manners on you’
9 Airline stocks take off as coronavirus worries ease
10 Stocktake: History says this is not a bear market rally
Real news has value SUBSCRIBE