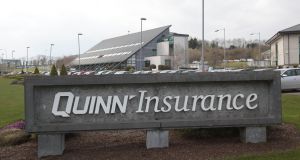 The administrators of Quinn Insurance expect the long-awaited court hearing of their €900 million action against PwC, the failed insurer’s auditor, to take place next year, as they continue to rely on Government support for the company to remain in business to pursue the action.

The latest set of accounts for the remnants of Quinn Insurance DAC (QID), signed in recent weeks by joint administrators Michael McAteer and Paul McCann of Grant Thornton, say they expect the action against PwC over how it audited the insurer before its collapse in 2010 to finally be heard next year.

However, they added that disclosure of material between both parties relating to the case, which was initiated in 2012, has not yet begun.

In the meantime, the Court of Appeals will start on Tuesday to hear an appeal by PwC after it failed to get orders last year requiring QID to provide security for the auditor’s estimated €30 million in defence costs. That ruling may ultimately be appealed, potentially further delaying the substantive trial.

“In the opinion of the joint administrators of QID, there exists a material uncertainty that casts doubt over the ability of QID to meet its remaining current objectives as a going concern, as QID is dependent on continuing financial support from the ICF,” the report said, referring to the Insurance Compensation Fund.

“The Minister for Finance has confirmed that the Government will continue to provide the necessary financial support to the ICF to enable it to provide funding to QID to meet future operating costs.”

The Central Bank of Ireland pushed QID into administration in March 2010 after it emerged that a group of the insurer’s subsidiaries had provided guarantees against €1.2 billon of bank loans to businessman Sean Quinn’s wider Quinn Group.

The guarantees undermined the assets in the subsidiaries, which formed part of the insurer’s technical reserves that were there to cover insurance claims if the business ran into trouble.

The administrators subsequently called on the State’s compensation fund for €1.133 billion to meet claims and other costs surrounding QID’s collapse. The Government imposed a 2 per cent levy in 2012 on non-life policies to start recouping the cost.

The insurer’s operations in the Republic were sold in 2011 to Boston-based Liberty Mutual, while its overseas business was wound down by Bermuda-based Catalina Holdings. That has left the pursuit of the PwC litigation as its main reason for QID remaining a going concern.

The administrators claim that if PwC identified problems with the insurer’s claims reserves between 2005 and 2008, it would have been apparent that the business was in “a more parlous state” than believed and would have triggered action by QID or the financial regulator.

They alleged breach of contract and breach of duty in PwC’s auditing, and contend that the firm should have known QID’s relevant financial statements and regulatory returns did not truly reflect the state of the company’s affairs for those years. PwC denies the claims and has filed a full defence.

“PwC is robustly defending the proceedings which we believe are devoid of merit and unjustified,” a spokeswoman for the firm told The Irish Times.