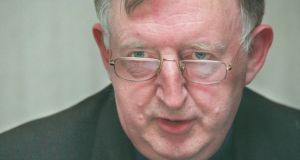 Fexco was founded in 1981 by chairman Brian McCarthy. The company has operations in 29 countries and employs more than 2,300 people globally.

Kerry-based financial services group Fexco is to create 175 jobs over the next three years as part of an expansion at its Killorglin headquarters.

The company is advertising for roles in engineering, software and sales to serve new product development opportunities in Ireland.

Founded in 1981 by chairman Brian McCarthy, Fexco has operations in 29 countries and employs more than 2,300 people globally.

The company has developed a suite of payments and foreign exchange products and solutions. Overall, it processes more than $10 billion in transactions annually.

“Today marks a significant investment, by Fexco into the southwest,” chief executive Denis McCarthy said. “Our plan to hire an additional 175 people for our Irish operations, based primarily in Killorglin, demonstrates Fexco’s commitment to this region.”

Fexco last year won planning approval for a new IT centre and innovation hub on a vacant site in Killorglin. It has also made a series of acquisitions in recent years and announced a new aircraft asset-management venture in 2017.

It also has a controlling stake in Dublin-based Goodbody stockbrokers, although Fexco is expected to close the sale of this stake to a Chinese buyer in the near future.