Link’s €200m merger with Pepper Ireland parent to be investigated 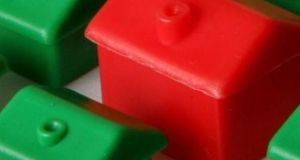 The €200 million merger between Australian company Link Group and Pepper Ireland’s immediate parent, has been referred for a full investigation.

The Competition and Consumer Protection Commission (CCPC) said the investigation was needed to establish whether it could lead to a substantial lessening of competition in the State.

The CCPC said it will publish the reasons for its determination to proceed to a Phase II investigation within 60 days and after allowing the two company the opportunity to request that confidential information be removed from the published version.

Pepper Ireland recorded a 25 per cent rise in revenues to €52 million in the year before its sale on the back of an increase in the number of loan portfolios it services.

Among the loan books it took on during year were the Omni portfolio, consisting of €2.3 billion of loans originated by ACCBank, and PTSB’s Glenbeigh portfolio, which included €1.3 billion in residential mortgages.

Pepper also secured a mandate to service the €800 million Deenish loan book that was sold by Ulster Bank to CarVal late last year.