Shares in Aon jump 5.74% after the company says it has scrapped the merger plans. Willis Towers tumbles 6.08% 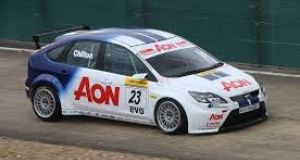 Aon said on Wednesday it had scrapped plans to pursue a merger with rival insurance brokerage Willis Towers Watson, a day after it revealed it was in early stages of considering an all-stock offer for the Irish-headquartered company.

Aon’s shares rose 6.19 per cent in early trading, recouping some of the losses incurred on Tuesday after news of the potential merger surfaced. The company did not give any reason for abandoning the deal.

An Aon-Willis merger would have been the largest deal in the US insurance industry where Aon is the second largest broker and Willis, which had a market value of $24 billion, is the third. The industry is consolidating in the face of uncertainty arising from Britain’s impending exit from the EU and trade tensions between the United States and China.

Aon was forced to confirm that it was in early-stage talks with Willis Towers after news of the approach leaked, due to Irish regulatory requirements, the company said.

“As a result of media speculation, those regulations required Aon to make the disclosure at a very early stage in the consideration of a potential all-share business combination,” the insurer said in a statement.

The two industry giants companies had held preliminary discussions, and Aon was preparing to submit a formal all-share offer in the coming weeks, people familiar with the plan had told Bloomberg.

That proposal would have gotten more expensive after news of their deliberations sent Aon’s shares down 7.8 per cent, and its would-be target’s stock up 5.2 per cent by the end of Tuesday.

Shares in Aon jumped 5.74 per cent on Wednesday after the company said it had scrapped the merger plans. Willis Towers tumbled 6.08 per cent.

Analysts at Wells Fargo had said regulatory issues would be a big overhang for any deal between the two companies given their size. Analyst Elyse Greenspan said “regulatory issues [among others, including accretion, lost business, etc] could have impacted its [Aon’s] decision not to pursue a deal at this time”.

A merger could have allowed Aon overtake Marsh and McLennan as the world’s largest brokerage by revenue, according to data compiled by Bloomberg.

The company said it reserves the right within the next 12 months to set aside Wednesday’s announcement where permitted under Irish takeover rules. – Reuters/Bloomberg