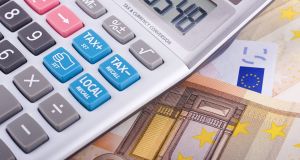 Insolvency Service of Ireland: three of its investigations resulted in the recovery of about €6.5 million. Photograph: iStockphoto

The Insolvency Service of Ireland (ISI) conducted more than 300 investigations last year into cases where it suspected people going through bankruptcy had not declared assets or had illegally transferred property to the detriment of creditors, according to its latest annual report.

The report, due to be presented imminently to the Cabinet, discloses that three of these investigations resulted in the recovery of about €6.5 million.

Last year saw 521 people exit bankruptcy, while 118 family homes were transferred back into the ownership of former bankrupts. The number of new bankruptcies fell by 10 per cent in 2017 to 526, as the economy continued to recover following the financial crisis, according to the report.

Still, the number of new applications for all insolvency solutions offered through the service increased by 39 per cent last year.

The insolvency service has cited the Government’s Abhaile scheme, set up in 2016 and which provides free financial and legal advice and assistance to insolvent homeowners at risk of losing their properties, as a contributory factor in boosting the number of applications for personal insolvency arrangements last year.

The service was set up in March 2013 as banks were dealing with record levels of defaults in the wake of the property crash and the State was in a three-year international bailout. The Personal Insolvency Act 2013 reduced bankruptcy terms from 12 years to three. The period was subsequently cut further in 2016 to one year.