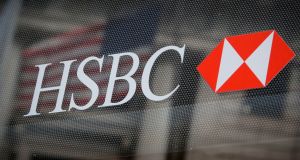 HSBC Holdings’ interim chief has overhauled the sprawling bank’s senior management team as he positions himself to take the job on a permanent basis.

The London-based bank, which derives most of its earnings from Asia, is replacing its top investment banker, chief operating officer and chief risk officer, according to a statement Monday. The moves come before interim chief executive Noel Quinn unveils a wide-scale restructuring next year that’s expected to close parts of the business and divest operations including the French retail unit.

Andy Maguire will retire in January after five years as chief operating officer, replaced by John Hinshaw, a former executive at Hewlett Packard Enterprise Co. Chief risk officer Marc Moses will hand over his responsibilities to Pam Kaur, who currently heads wholesale market and credit risk. Details of the overhaul will be announced along with HSBC’s full-year results in February.

Mr Quinn has made a bid to get the top job on a permanent basis and is considered a front-runner. Before chairman Mark Tucker tapped him as interim chief, Mr Quinn was head of global commercial banking. He previously ran the Asia-Pacific commercial bank. – Bloomberg

1 Ireland has EU’s most progressive tax system, study finds
2 MEPs reject Central Bank’s Gerry Cross for key banking role
3 Promises promises: There probably wont' be enough cash to meet election pledges
4 Are there annual limits on inheritances or gifts to a child?
5 Who are Ireland’s 17 billionaires?
6 Davos: OECD confident on digital tax deal as France takes swipe at Ireland
7 C&AG names public sector bodies that failed to file financial statements in 2018
8 On your bike: Dropbox backs Dublin Cycling Campaign
9 Are you a Monica, Joey or Chandler when it comes to your data privacy?
10 Aldi to implement living wage for store employees
Real news has value SUBSCRIBE