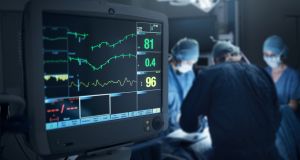 Established in 2009, Vivasure has developed a synthetic polymer implant known as PerQseal. This product is effectively a human made molecule which can be used in vessel closure in cardiology, for example.

Vivasure said its new funding will be used to expand research and development of its medical device range to provide non-invasive cardiology treatment.

“Over the last decade Vivasure Medical has developed innovative and easy to use medical devices that transform cardiology and endovascular treatments and avoid the need for access and closure surgery,” said Vivasure co-founder and chief executive Gerard Brett.

Vivasure, which had accumulated losses of €32 million by the end of 2017, has a range of private equity backers including US and Dublin-based Fountain Healthcare Partners, New York-based Ascent Biomedical Ventures and German firm Evonik Venture Capital. Its largest shareholder is Orchestra Biomed Inc, a therapeutic device company based in Pennsylvania.

Last year, the European Investment Bank provided €970 million of long term financing to projects across the Republic. It advanced €11.75 mllion to Cubic Telecom, €100 million to Gas Networks Ireland and €15 million to Nuritas.

On Tuesday, the bank was briefing businesses on its long term financing options. Andrew McDowell, EIB vice president, said: “The new €10 million backing for Vivasure Medical will contribute to efforts to improve cardiology and endovascular treatment through pioneering medtech innovation.

“In partnership with IBEC we wish to ensure that companies across Ireland can consider how streamlined innovation financing can turn research ideas into commercial success.”

Brown Thomas and Arnotts to cut 150 jobs due to coronavirus