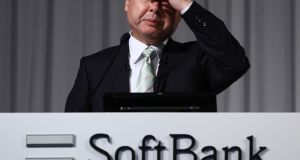 SoftBank expects its $100 billion Vision Fund to book a loss of 1.8 trillion yen ($16.5 billion) due to the worsening performance of its tech bets, which will tip the group as a whole into its first loss for 15 years.

A third consecutive quarter of losses by the Saudi Arabian-backed fund will push SoftBank Group to an annual operating loss of 1.35 trillion yen, it said in a statement on Monday.

The fund’s dire performance, which SoftBank attributed to “the deteriorating market environment” as markets are hammered by the coronavirus crisis, is a major blow to CEO Masayoshi Son’s attempts to revive his reputation among investors.

SoftBank’s finances are being squeezed after a disastrous bet on co-working firm WeWork and souring portfolio bets on startups that have sacked workers as the outlook has worsened.

The coronavirus pandemic has undermined predictions by Son, who just two months ago said “the tide is turning” and pointed to recovery at WeWork, forcing him into a major sell down of core assets to raise cash.

The tech conglomerate said it would book an 800 billion yen loss on investments outside the fund including in WeWork and satellite operator OneWeb, which last month filed for Chapter 11 bankruptcy after SoftBank declined to provide further funding, contributing to a net loss of 750 billion yen. – Reuters