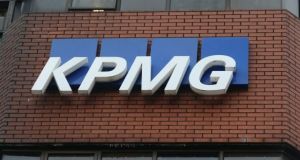 Britain’s accounting watchdog fined KPMG and a senior partner on Thursday for failing to challenge what a client was telling them about certain complex supplier arrangements.

In the UK KPMG and the other big accounting firms are facing major reforms to improve standards after company collapses at British builder Carillion and retailer BHS.

Policymakers also want to put an end to what they consider cosy relationships between auditing firms and their clients and bring in more competition.

KPMG, one of the world’s top four accounting firms, in 2018 was put under “increased scrutiny” by the FRC for poor auditing.

In the latest case, the watchdog said KPMG failed to obtain and document sufficient audit evidence in relation to supplier-funded rebates. Auditors should have been on alert to pay particular attention to “these types of complex supplier arrangements.”

“Professional scepticism remains at the core of an auditor’s duty and the FRC will take appropriate action where it has been lacking, as in this case,” said Claudia Mortimore, the FRC’s deputy executive counsel.

But the FRC said the breaches were limited in nature and did not call into question the truth or fairness of the company’s financial statements.

KPMG said it regretted that specific aspects of its audit of the company in question for the 2015/16 financial year did not meet the required standards and has updated procedures.

“As the FRC makes clear, there is no question as to the truth and fairness of the financial statements,” KPMG said in a statement.

The FRC said KPMG was also required to undertake a quality performance review of three audits for which Ms Quayle is the auditor and report the results to the watchdog.

Ms Quayle, an auditor for 23 years and a former non-executive board member of KPMG UK, will also be required to “undertake appropriate training, in a format to be agreed with the FRC”, the watchdog said.