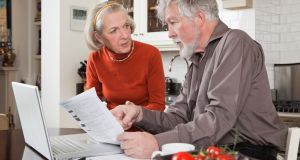 The typical contribution rate was traditionally 5 per cent; the IAPF survey found 86 per cent of schemes paid more than this.

Irish employers are becoming more generous when it comes to contributing to employee pensions schemes, a new survey has found.

“While the migration from the much-coveted defined benefit (DB) scheme over the last few years has been difficult for many employees, our survey has revealed that those employers who have replaced the defined benefit pension structure with a DC structure are making relatively generous contributions into those schemes on behalf of employees,” said Jerry Moriarty, chief executive of the IAPF.

“In addition, many employers have begun to appreciate that if they want to ensure employees can afford to retire, they have to ensure that they will be saving sufficiently throughout their careers. And, with an improving economy, having a good quality pension scheme in place can assist recruitment and retention of employees.”

The organisation has added a new level to the Pensions Quality Standard, an independent accreditation and quality mark that was launched in 2011 to recognise quality defined contribution schemes based on contribution rates, governance and communications. . Merit Plus is the latest addition to the scheme, adding a new level for employers to aspire to.

Among the schemes who have reached PQS level are Dell Ireland’s DC scheme, the Reckitt Benckiser pension fund, and the AA, with Tullow Oil, Coillte and The ESB DC pension scheme among the 16 reaching Merit level.