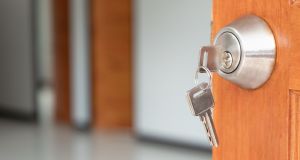 Dilosk, which bought ICS mortgages from Bank of Ireland in 2014, has been offering buy-to-let loans since 2016 and ventured into the owner-occupier sector in September. Photograph: iStock

Dilosk, the non-bank mortgage lender, swung into profit in 2018 and expects its total loan book to grow to €650 million by the end of this year.

The company, led by chief executive Fergal McGrath, delivered a €5.61 million operating profit last year amid growth in interest income from its buy-to-let loan book as well as arrangement fees and service fee income. Dilosk posted a €1.35 million loss in 2017.

Dilosk’s business model is based on acquiring loans and issuing mortgages under its ICS Mortgages brand and refinancing these portfolios in the international bond markets in a process known as securitisation. It derives income from fees charged to the securitisation vehicles for servicing the underlying mortgages.

The company, which bought ICS mortgages from Bank of Ireland in 2014, has been offering buy-to-let loans since 2016 and ventured into the owner-occupier sector in September. A spokeswoman for Dilosk said that total loans under management are set to amount to about €650 million by the end of 2019. That’s up more than 8 per cent from where it stood in late 2018.

London-based investment firm Chenevari owns 29 per cent of the business, while another UK group, Attestor Capital, holds a 17 per cent stake.

Dilosk raised €215 million earlier this year by securitising a portfolio of buy-to-let mortgages. It carried out its first such deal, a €200 million-plus residential mortgage-backed securitisation (RMBS) transaction, in 2015 on the original portfolio or loans it acquired with the ICS purchase.

Late last year, the company completed a €286 million bond deal, securitised against another portfolio of acquired Irish loans, which had originally been written by GE Capital and Leeds Building Society.

Dilosk was joined in the non-bank mortgage lending sector in March by Finance Ireland, which acquired Pepper Money’s €200 million Irish home loans portfolio late last year. An Post, the State-owned postal service, is also currently looking for a partner to help take on the mainstream banks in mortgage lending.