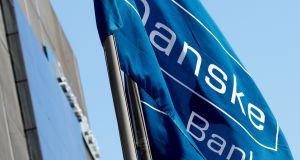 Danske Bank has dismissed its former interim chief executive Jesper Nielsen after thousands of Danish customers were overcharged for an investment product, a first step by its new boss to restore trust in the troubled lender.

The case, which the Danish financial services authority called “very serious”, is another blow to the reputation of Denmark’s biggest bank, which is trying to limit the fallout from its involvement in a major money laundering scandal.

Both the FSA and the public prosecutors “are pursuing the possibility of penalising the bank”, the country’s acting business minister Rasmus Jarlov said on Facebook.

The dismissal of Mr Nielsen, who headed the bank’s domestic banking activities and served as interim CEO until the end of last month, was the first major change since Chris Vogelzang took charge at the start of June.

Danske is separately under investigation in the United States and several other countries for payments totalling €200 billion through its small Estonian branch, many of which the bank said were suspicious.

Danske will compensate around 87,000 customers who invested in the Flexinvest Fri product for a total of around 400 million Danish crowns ($61 million). Its shares traded 2.75 per centy lower by mid-afternoon and have lost around a fifth of their value this year. – Reuters

1 Coronavirus: Construction sector most significant part of new shutdown
2 British exceptionalism backfires in style as Johnson tests positive for coronavirus
3 Can husband keep savings and half the house in divorce?
4 Volkswagen burning through €2bn in cash per week
5 Remote working doesn’t suit everyone, and it exposes woolly leadership
6 Will Covid-19 force Primark to rethink decision not to sell online?
7 UK needs to be honest about its Covid-19 strategy
8 Hysteria or prescience? Ireland goes big with financial response to coronavirus
9 Interim examiner appointed to food distribution companies
10 ECB orders banks to freeze dividends and share buybacks
Real news has value SUBSCRIBE