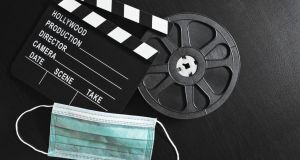 Allianz, Europe’s largest insurer, is bracing for a flood of claims after movie and television studios were forced to curtail production during lockdown.

A unit of Allianz, which says it’s the largest insurer of Hollywood studios, has set aside about €488 million this year for coronavirus-related claims, with much of that coming from the entertainment industry. Filming of movies and television programmes in the US and other countries was shut down or scaled back at the height of the outbreak, leading production companies to seek compensation.

“The resumption of film productions is slow,” said Thomas Sepp, chief claims officer of the Allianz Global Corporate and Specialty business. That’s especially true at US studios, he said.

The entertainment industry has been battered by the pandemic, which has forced the cancellation and postponement of major events including the Summer Olympics in Tokyo. Restrictions on public gatherings have closed theaters and cinemas, with Cineworld announcing this week that it would temporarily suspend operations at all its US and UK venues. And television companies are scrambling to fill airtime, with the pipeline of programmes only now slowly resuming.

This disruption of entertainment companies has translated into a rush of claims seeking compensation from insurers for lost income. Allianz alone took a €1.2 billion hit to earnings in the first half from virus-related claims. In response, some insurers have stopped selling coverage to protect against business losses in future pandemics.

Mr Sepp said new film-production contracts sold by Allianz won’t cover losses related to Covid-19, “so that we do not take any new risk there.” – Bloomberg

1 Basic income for all: Has the Covid crisis given us a new economic model?
2 Direct sea routes to Europe offer certainty in choppy Brexit waters
3 Admission of mistake in Oxford vaccine dose raises doubts over reliability
4 Only way is up for Stripe as valuation skyrockets
5 ‘I don’t need to do any of this. . .I don’t actually need to work.’
6 There was no vaccine for Anglo: Why the last crisis was different
7 Unilever’s Dutch and British arms merge after 90 years ahead of Brexit
8 Promontoria barred from pursuing doctor over Ulster Bank loan
9 Kinzen raises $2.2m as it helps clients fight ‘misinformation’
10 Anti-alcohol zeal of public health experts peppers reopening debate
Real news has value SUBSCRIBE