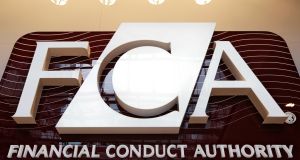 The FCA said on Tuesday it has undertaken a full review to identify the scale and scope of the data breach and has apologised to those individuals affected.

Britain’s Financial Conduct Authority (FCA) has admitted an accidental leak of confidential information, including the names and some contact details of people who had made complaints against the watchdog in 2018 and 2019, on its website.

The FCA said on Tuesday, the private data, which may have been accessible following a response to a Freedom of Information request in November, was removed from its website as soon as it became aware of the issue.

It has undertaken a full review to identify the scale and scope of the data breach and has apologised to those individuals affected.

“The publication of this information was a mistake by the FCA,” the watchdog said.

“Our primary concern is to ensure the protection and safeguarding of individuals who may be identifiable from the data,” the FCA said. The watchdog also said that no financial, payment card, passport or other identity information were made accessible.

The Information Commissioner’s Office (ICO), the body responsible for investigating and imposing sanctions on organisations found guilty of breaches of sensitive data, said the FCA had reported the incident and it would assess the information provided.

“People have the right to expect that organisations will handle their personal information securely and responsibly. Where that doesn’t happen, people can come to the ICO and we will look into the details,” said an ICO spokeswoman.

The ICO has the power to impose fines of up to €20 million, or 4 per cent of a firm’s total global annual turnover.

Also on Tuesday Gina and Alan Miller, leaders of consumer campaign group, True & Fair, published a report that strongly criticised the FCA for its “poor regulation” of Britain’s financial sector.

The report highlighted the failure of Woodford Investment Management and the collapse of investment firm London Capital & Finance as examples of the watchdog’s ineffective supervision.

The FCA said the True & Fair report contained “numerous inaccuracies” and showed “little understanding of the role of the FCA”.

“We have disagreed with the Millers on numerous issues relating to the investment industry, and our oversight of it, over recent years and we note their previous calls on Andrew to resign. This is just another example.” – Reuters