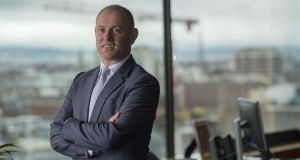 Irish Life Group has named Canada Life Europe chief Declan Bolger as its new chief executive. He will be taking over the role from David Harney.

“These changes represent a continuation of strategic leadership for our business in Europe,” said Great-Westco chief executive and president Paul Mahon. “Through their vision and dedication, both David and Declan have delivered not just commercial success but have built thriving teams that are ready for the next stage of our growth in Ireland and Germany. ”

Irish Life has more than 1.4 million customers and is the largest life, pension and investment management company in Ireland. It expanded into health insurance with the acquisition of Aviva Health and its subsequent rebrand to Irish Life Health, and has also extended its advisory services for Irish customers through the acquisition of Invesco, Acumen & Trust and APT.

“I’m excited to take on a new challenge as leader of our Irish business,” Mr Bolger said. “Working with the Canada Life Europe team over the last 20 years has been a great honour. Canada Life is now established as one of the leading brands in the German broker life market with great prospects to grow further.”