Irish customers among most concerned in Europe over finances 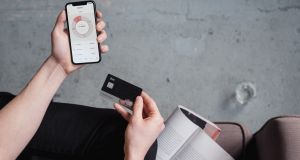 The findings were part of a survey of more than 10,000 customers in 13 countries, including more than 1,000 Irish consumers.

Irish consumers are among the most concerned in Europe about their financial situation, second only to Greece, a survey has found.

According to digital bank N26, some 42 per cent of Irish people find their finances to be a major source of anxiety during the current turmoil caused by the coronavirus pandemic, with those in the 45 to 54 age bracket suffering the most anxiety. Some 73 per cent of Irish consumers said they felt sad, overwhelmed, nervous, worried, under pressure about their finances, compared with 16 per cent who are happy, assured and relieved.

Irish people are second in the survey to Greece, where 56 per cent are suffering major anxiety over their financial situation. The lowest levels of anxiety were seen in Germany (31 per cent) and in Italy ( 30 per cent), the survey found.

Some 55 per cent of Irish people have long-term saving plans, with 39 per cent saving due to financial uncertainty, and 25 per cent holding out for a post-Covid-19 holiday.

The findings were part of an online survey of more than 10,000 customers in 13 countries, including more than 1,000 Irish consumers.

“The fact that Irish consumers are so financially stressed comes as no major surprise. This week, as banks here and elsewhere report challenging results for Q1, it is all too reminiscent of the last crisis for many,” said Sarunas Legeckas, General Manager for Ireland, N26.

The study also showed Irish people were uncomfortable with banking jargon, with many lacking the ability to explain terms such as accrued interest, annual percentage rate and fixed rate mortgage.

N26, which is headquartered in Germany, has more than 100,000 Irish customers. The bank is conducting an open online discussion it has dubbed the Big Banking Chat, seeking to create the world’s largest online discussion about banking to highlight frustration with traditional banks for failing to use simple language and answering simple banking questions. The bank said it was doing this in response to a lack of transparency and true guidance from traditional banks for its customers, accusing them of failing to put customers first.

“Our youngest customer is 18, our eldest, 90. It is amazing how quickly Irish people have flocked to N26. Ireland has grown exponentially. Irish people want banking to be simple, easy to understand and yet informed by the most trusted regulator in Europe. Technology has transformed and simplified every aspect of our lives, so why not banking?” he said.

“We have launched the Big Banking Chat as an ongoing discussion with Irish and other European consumers who feel frustrated by their banking experience and who have questions that they are not getting immediate and transparent answers on.”